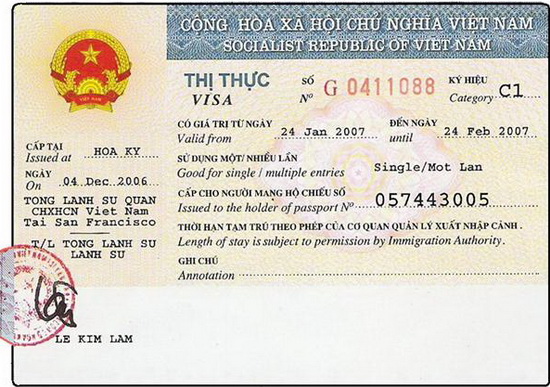 According to information from the Ministry of Culture, Sports and Tourism on July 24, the Ministry has written a proposal to the Prime Minister to amend policies on visas for tourist market from the Russian Federation.

Accordingly, the Ministry of Culture, Sports and Tourism suggested the Prime Minister for consideration and visa extension from 15 days as at present to 30 days for tourists from the countries which were unilateral visa exemption, firstly for visitors from the Russian market. This is necessary in order to create more favorable conditions for Russian tourists who travel to Vietnam and want to stay longer; therefore, they will spend more and contribute to improving the efficiency of tourism activities.

To create conditions to attract international tourists, on the basis of recommendations of the Ministry of Culture, Sports and Tourism, the Prime Minister has decided for unilateral visa exemption for citizens of seven countries (in 15 day): Japan, Korea (2004), 4 Nordic countries, including Norway, Finland, Denmark, Sweden (2005) and Russia (2009). Besides, Vietnam has visa exemption on a bilateral basis for 9 ASEAN nationals (maximum 30 days).

Visa-free policy has received positive response from visitors and foreign governments and contribute to encourage visitors from these markets come to Vietnam more and more. Especially countries with large number of visitors, potential tourism resources of Vietnam, trade partners, major investors such as Japan, South Korea, Russia, the ASEAN countries, etc. The number of visitors from these countries continues to sharply increase and account for a large proportion of the total number of tourists, as well as revenues from visitor spending.

Or kindly read our FAQs, live Questions, or our General Vietnam Visa Information.

Excellent service. Received my VOA within 2 day as promised.I would highly recommend using govietnamvisa.com. Thank you.

Canada
Govietnamvisa.com helps me to get Visa Vietnam in Covid time, 2020 to see my husband. They do all things for me, from beginning to the end of quarantine. Now Iam going to ask for my visa extension. Keep going!!

Australia
Alternatively, and this is my preference, they can buy online an “approval letter” (from a private agency such as govietnamvisacom, which offers a very efficient service) that takes about 3 weeks to process for FUll Package visa in Covid. It's the easiest way to come back Vietnam in 2021

United States
Alternatively, and this is my preference, they can buy online an “approval letter” (from a private agency such as govietnamvisacom, which offers a very efficient service) that takes about 3 weeks to process for FUll Package visa in Covid. It's the easiest way to come back Vietnam in 2021

United States
Hi Team, Mrs Karen has landed safely in HCM and I sending this email as great appreciation for the effort your team has provided for pushing the visa approval letter through in such a short notice, making this trip possible. Thank you so much! Stephanie

Russia
Visa: I arranged my letter through govietnamvisa.com which was very efficient, affordable and quick. For me the best way to get a Vietnam visa letter

Australia
Truthfully, it’s hard to tell the difference between real companies and the fake ones. That’s why we created this post and want to share a real and reliable site we trust and recommend: govietnamvisa.com.